National Windscreens has been spreading Christmas cheer to those less fortunate this season. Its offices throughout the UK have been collecting food items and toys to donate to local and national charities. 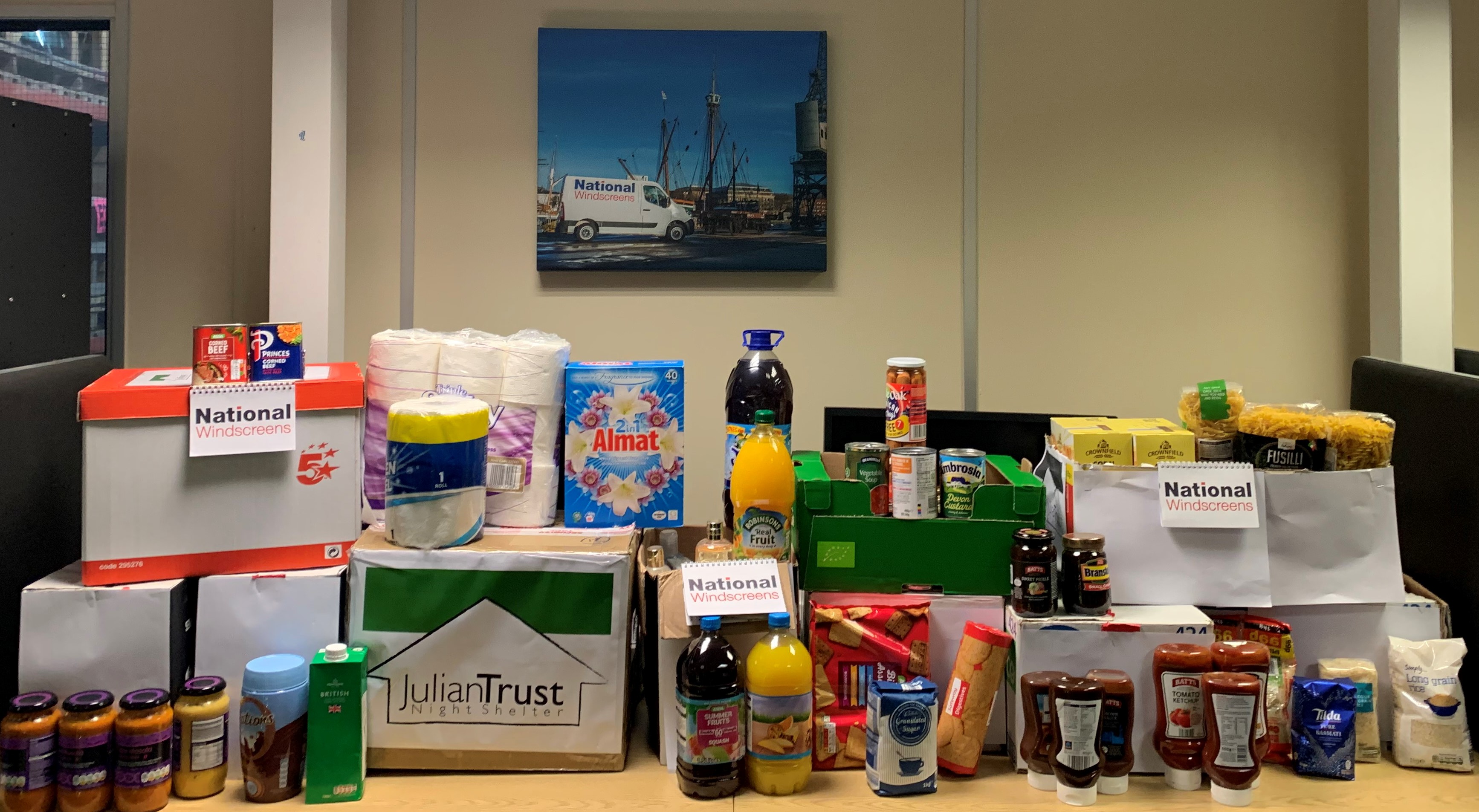 The regional office and contact centre in Bristol collected food items from employees to donate to Julian’s Trust, a Bristol-based homeless shelter.

Founded in 1986, the Julian Trust runs a first stage emergency night shelter 5 days a week, located in the centre of Bristol for homeless people and rough sleepers. It serves dinner to 80-100 guests each night and has 18 beds available on a first come, first served basis. The Trust is managed and financed by volunteers and voluntary donations of food and funds.

Homelessness in Bristol has received much publicity over many years; various reports state that outside of London, it has the largest number in the UK. Therefore the teams in Bristol were extremely passionate about trying to help such an incredible local cause. Throughout the Christmas period, the shelter opens 24 hours a day for 7-10 days. During this time, seasonal food and entertainment are provided and around 50 guests are able to stay each night. Employees have been collecting food items in the lead up to Christmas and will hand over the items to the shelter this week.

The call centre team in Tamworth has also been busy collecting items for KidsOut, a national charity that supports every child in a Women’s aid federation refuge, providing toys, days out and workshops. KidsOut believes that all children deserve fun and happiness in their lives, so work every day to make this a reality and during the festive period run a campaign called ‘Support the Giving Tree’.

The Giving Tree aims to ensure every child in refuge receives a present over the festive season. In 2018, the initiative saw 750 companies, schools and individuals take part, collecting over 43,000 toys and £15,000 in donations. Companies and individuals sign up to the campaign and each receive a tag with a child’s name, age and suggested gift on it. 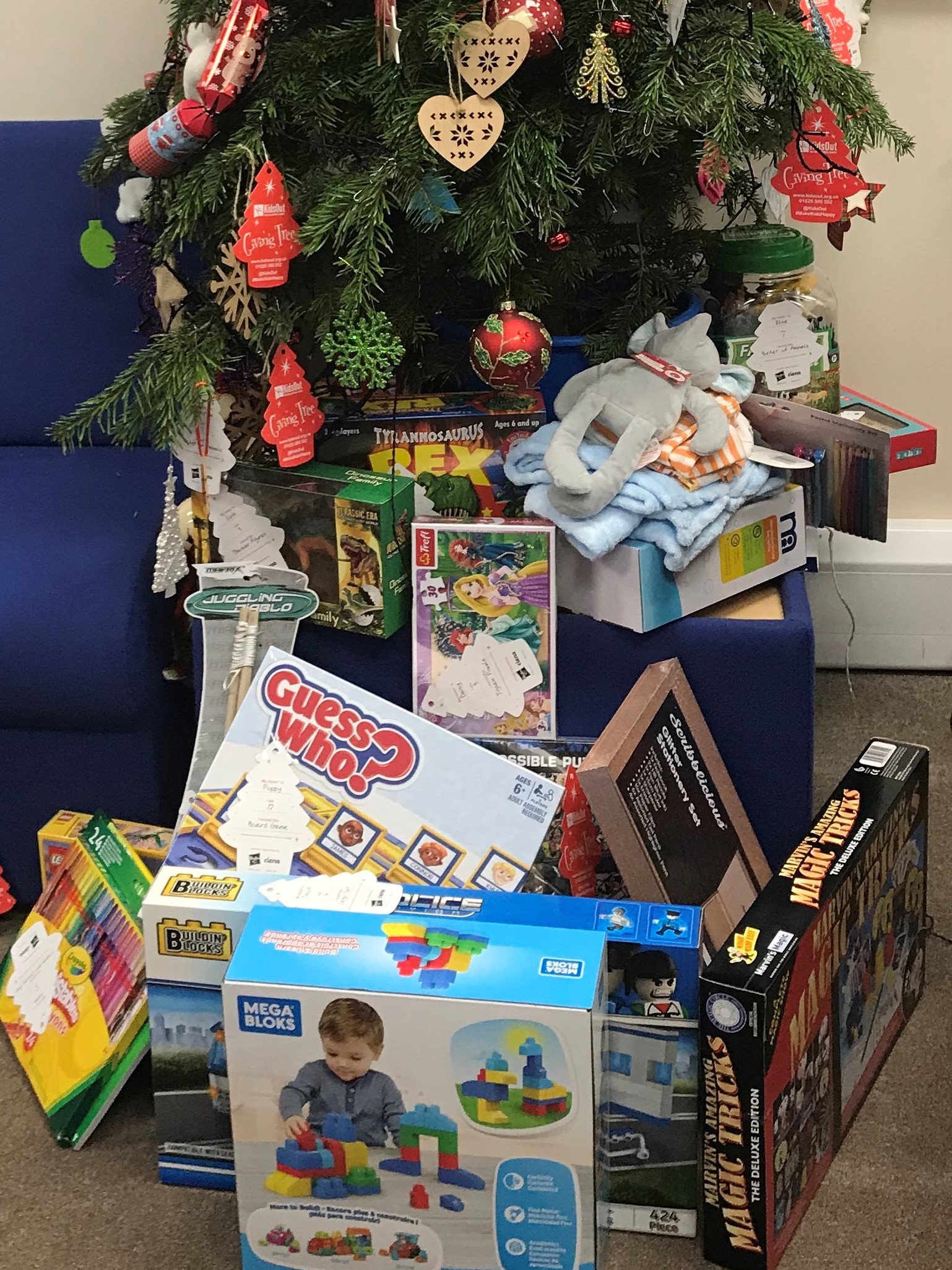 National Windscreens turned its Christmas tree into a special KidsOut ‘Giving Tree’ and as well as participating in the usual office Secret Santa, during December employees placed their gifts under the tree, before KidsOut collected and distributed them this week.

As well as this, the team in Tamworth has also been collecting and donating food to the local food bank, which is run in partnership with local churches and facilitated by the Manna House. National Windscreens feels that this was an important cause to support, as one in five people in the UK live below the poverty line. It’s a small step to try and help relieve the immediate pressure that people can be faced with in the times of major crisis.

Members of the charity fundraising team at National Windscreens commented:

“Collecting items for those in need this season was a fantastic idea by charity members at National Windscreens.

“Christmas is the season of goodwill and our thoughts naturally go towards those less fortunate, so we hope that our donations can make a real difference to peoples’ lives this season. It’s been inspiring to see the amount of employees that got on board; we’d like to thank everyone that participated in these brilliant initiatives, they have shown everybody what the festive season is really about.”