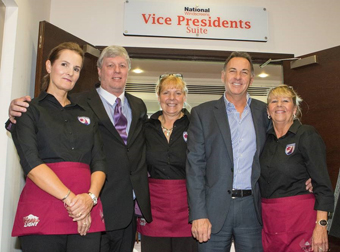 National Windscreens are delighted to have agreed a deal to continue their sponsorship of League Two club Chesterfield FC.

The UK’s largest independently owned windscreen repair and replacement company will be sponsoring the Vice Presidents Suite at the club’s Proact Stadium for the forthcoming season.

Rob Pearson, regional director at National Windscreens said: “We have sponsored the club since the formation of the company 31 years ago and we are pleased to continue backing the Spireites.

“I am a passionate Chesterfield supporter and I would like to wish the management and players all the very best for the new season," he added.

Jim Brown, commercial manager at Chesterfield FC, said: “I would like to thank National Windscreens for their continued support. They have provided the club with valuable sponsorship for many years which is very much appreciated.”