‘James the Bus’, which fell victim to vandalism during the winter months, is back up and running as a safe haven for homeless people, thanks to the generosity of National Windscreens. The bus is owned by The Danny Gallivan Trust and has been converted to act as a shelter for veterans who would otherwise be sleeping on the streets; an issue that is on the rise throughout the UK. 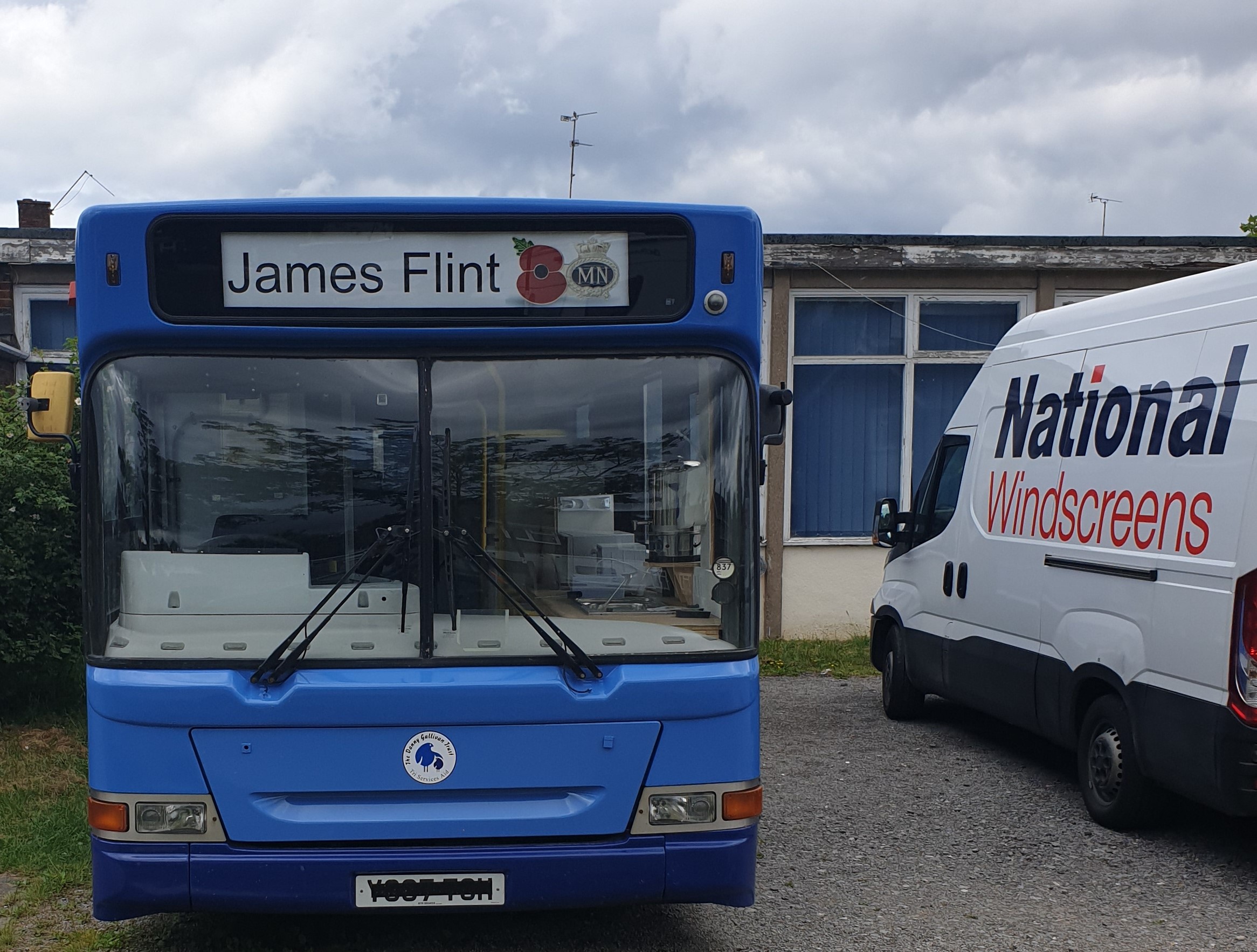 Founded in 2013, The Danny Gallivan Trust is a charity that was set up to help ex-service personnel who are homeless. It has refurbished two buses, providing an overnight shelter for homeless ex-service men and women. Being on board the bus means veterans can have a postal address, so they are able to draw their pensions or apply for jobs and houses, something they would not be able to do if they were living on the streets. As well as providing a warm place to sleep, the charity are out on the streets most nights serving food and drinks and providing fresh bedding and clothing to those in need.

The bus was named ‘James Flint’ in memory of a very good friend and supporter of the charity who passed away in 2013. As well as being a serving police officer for many years, James was also in the Merchant Navy. ‘James the Bus’ is the second bus to be renovated to accommodate homeless veterans. The original bus, ‘Danny’, was recently loaned to Crawley Open House, to provide extra living space during the cold weather, for the local street community.

“Rob is such a great guy. All “challenges” were overcome with inventiveness and good humour; he’s a real ambassador for your business. On behalf of the charity and all those we help, heartfelt thanks for your generosity. Without people like you, we wouldn’t be able to carry on doing the work that we do.

“We were honoured when we were approached by The Danny Gallivan Trust! The work they put in to help veterans living on the streets is inspirational, so of course we were willing to support this by donating and fitting a new windscreen for ‘James the Bus’.”

The Danny Gallivan Trust frequently runs fundraising events to aid the amazing service it is providing to people that have fought for our country. You can follow the story and support the wonderful campaign here: www.dgtrust.org.uk.