This week, the nation will pay its respect in various ways as we approach the 100th anniversary of the end of WW1. National Windscreens recently supported Armistice Day by providing its services to the nationwide campaign, Poppy of Honour, by fitting the glass of the 8ft poppy.

The Poppy of Honour is an independent campaign run by Terry Williams, a gentleman that wanted to make a difference after visiting the WW1 battlefields and cemeteries. 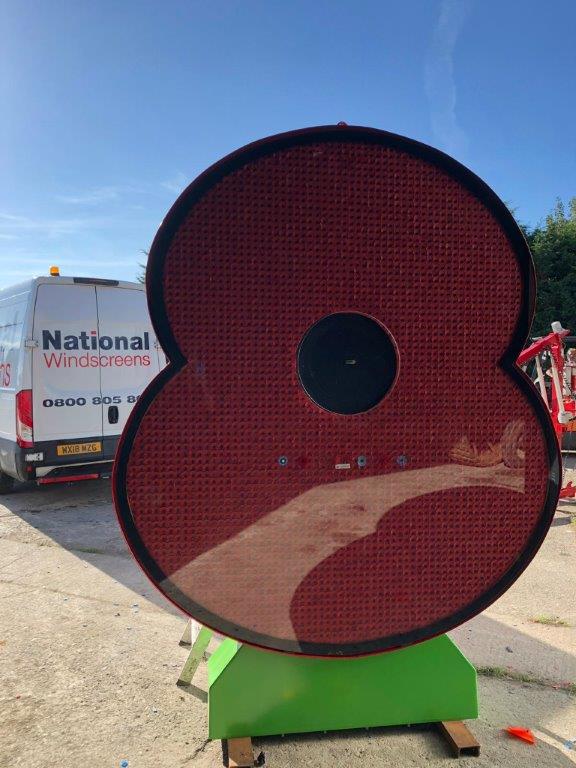 After years of raising funds for the project, Terry and his team of 250,000 volunteers have created a giant poppy inside a glass case which holds 1,115,471 individual, handwritten remembrance poppies. Each poppy bears the rank, name and date of those killed in action/missing in action for every British and Commonwealth serviceman/woman that made the ultimate sacrifice. Terry and his team will be touring the UK, Republic of Ireland and Belgium, showcasing the giant poppy, all whilst aiming to raise money for The Royal British Legion.

Terry Williams, founder of the Poppy of Honour campaign comments: “I’d just like to thank Alan Mealing and the team at National Windscreens for all their help. We have a huge amount of gratitude for National Windscreens fitting the glass panels to the Poppy case. It’s incredible to see the continued support we have from organisations like this.”

Alan Mealing, regional operations manager at National Windscreens, said: “We were honoured when Terry approached us and so, of course, we were willing to support his charitable campaign; the whole team was incredibly touched by his story.”