National Windscreens 800 mobile fitting technicians are used to dealing with many of the rarer and specialised cars on UK roads when it comes to glass fitting, but it’s not every day they are asked to fit a new windscreen on a shed. This was not just any shed, however; it was the shed that holds the Guinness World Record for being the fastest in the world. 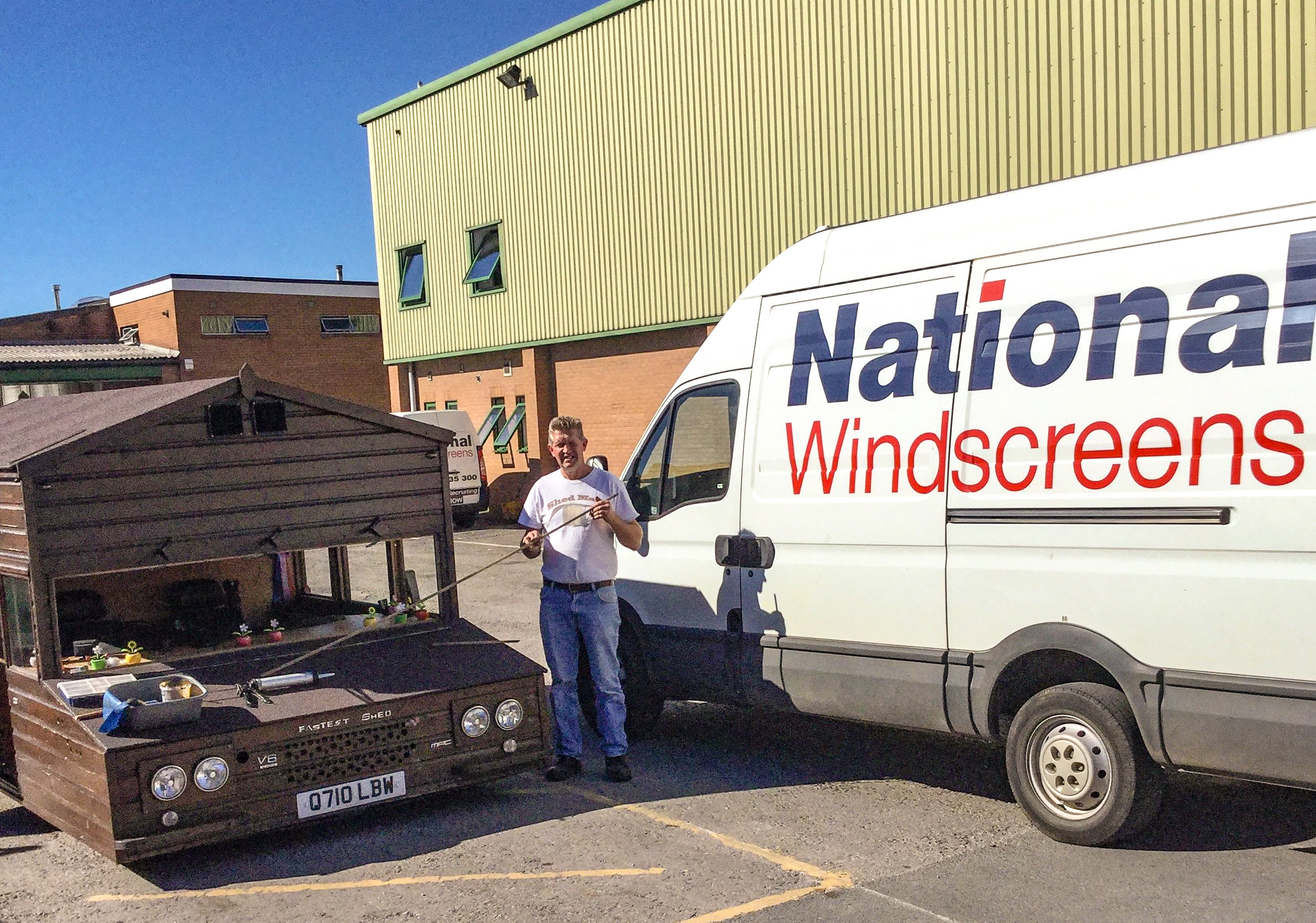 After sustaining damage to the windscreen, owner and driver Kevin Nicks needed a replacement and turned to National Windscreens fitting and calibration centre at Bristol, who had fitted the original windscreen to the shed.

Earlier in the week, Nick had set a new speed record at Pendine Sands in West Wales and after having his new windscreen replaced, he beat his existing Guinness record of 80mph at Elvington in York, reaching a speed of 100mph.

The shed, complete with V6, 450 horsepower engine, was designed, built and is owned by Kevin from Chipping Norton in Oxfordshire.

“We provided and fitted the original windscreen in his record-breaking shed,” said Alan Mealing, regional operations manager at National Windscreens.

“We had to cut a bespoke glass windscreen for the shed. It was then fitted just as a conventional shed window would be, with wood fixed around it. It’s certainly one of our more unusual jobs.”

A mobile windscreen fitting team from National Windscreens Kingsland Trading Estate at Bristol carried out the work, allowing Kevin to head back home before his next speed record attempt.

“I’m sure it was one of National Windscreens more unusual jobs. It certainly drew attention when I turned up at their fitting centre, where we had a lot of interest.” said Kevin.

“Because the shed is licensed to drive on UK roads I have to ensure it meets the necessary legalities and is fit to drive. The cracked windscreen meant I needed to have it replaced and it had to be a road legal windscreen.

“I knew I could go back to National Windscreens for a good job. And they exceeded my expectations again.”